back to search results

IOWA CITY, IA - JANUARY 20: Presidential hopeful John Edwards, D-N.C. speaks during a town hall style meeting January 30, 2007, at the Iowa Memorial Union at the University of Iowa in Iowa City, Iowa. The former vice-presidential candidate spoke for the need to begin withdrawing troops from Iraq and took questions from the audience on topics ranging from his stance on the death penalty to the Isreal-Palistine conflict. (Photo by Scott Morgan/Getty Images) 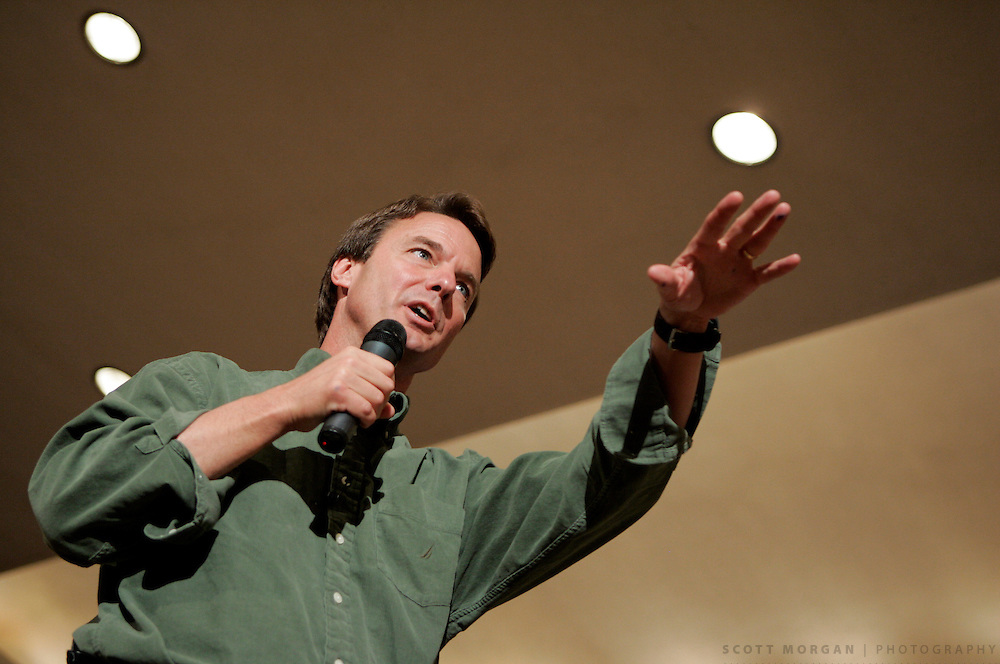